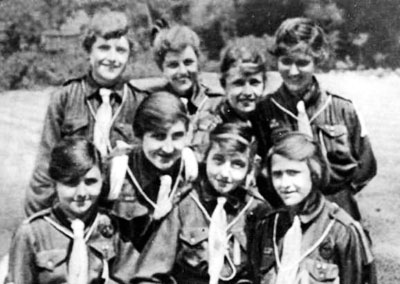 Originally called the Thinking Day, the day was first celebrated in 1926. It was during the 4th conference of Girl Guides in USA that the idea of having a day for appreciating girl guides and scouts around the world was pitched. After discussion, 22nd February was mutually chosen as the World Thinking Day. February 22 is also the birth date of Lord Baden-Powell, which is credited with starting the Boy Scout movement. Until 1999, the day was simply called as the Thinking Day, and was largely restricted to the United States. In 1999, during the 30th Girl Scout conference in Belgian, the name was changed to World Thinking Day to signify the global impact of it.

There are quite a few traditions associated with World Thinking day. For example, in Auckland, New Zealand, girl scouts and girl guides climb Mount Eden and wave the Guide World Flag. They also sing the World Song and thank each other about their help and support.

In other parts of the world, girl scouts from different nations meet and discuss their founders and their colleagues. In fact, the celebration of the day starts from the nearest weekend of the day, when girl guides and scouts meet up to express their thankfulness and take pledges to support the community as long as they can.

Over the past few years, The World Association for Girl Guides and Scouts has started adopting themes for the day. These themes are then discussed in their conferences and suggestions are made to help solve global problems. In 2005, the theme was "Think About Food", while in 2012, the theme was "We can Save our Planet". Other themes that have been incorporated till date are "Do something about adolescent health issues", "Discover your potential", "Think about water", "Stop the spread of diseases", "Together we can end poverty" and "empowering girls will change the world."

Although the day is largely celebrated by girl scouts, in some parts, even the boy scouts celebrate the day. It was in 1932 that the World Thinking Day Fund was established. It was suggested that since the day falls on Lord Powell's birthday, it should be about giving gifts and presents. Hence, a fund was set up whereby girl scouts could give voluntary donations in order to help the needy around the world.