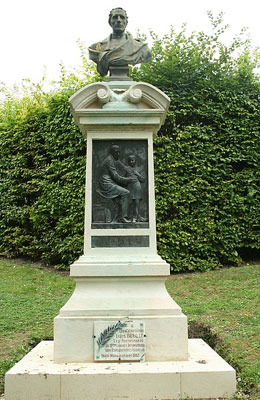 World Braille Day is celebrated every year on 4th January around the world to commemorate the birthday of Louis Braille. Louis Braille is credited with inventing the Braille language which helps blind people to read as well as write.

Louis Braille was born in France. At the age of 3, he accidentally became blind. However, he had a great yearning to be able to read and write properly, despite his disability. An attentive kid at school, at the age of 15, he developed a set of symbols by making raised dots on a piece of paper. The dots could be easily felt by hand, thus enabling even the blind to feel them and hence, read and write.

Although the system was very useful for those with visual impairment, it was only 2 years after Louis's death in 1854 that the system was adopted by his school. Soon after its adoption, it grew very popular in the rest of France. The penetration of the system in other countries was quite slow.

There is no public holiday as such in any part of the world on this day. Various NGOs as well as other organizations come together on this day to raise awareness about the apathy towards blind people and to help them be equal with the rest of the people.

Various competitions are organized across cities specifically for the blind. Awareness is also raised about the new technologies coming in the field of Braille language on this day. For example, in the earlier days, a special type of typewriter had to be used in order to write Braille language. Now a days, computers are also equipped to do the job. The World Braille Day is taken as an opportunity by various organizations and philanthropic individuals around the world to help the blind out there.

The World Braille Day in 2009 marked the 200th birthday anniversary of Louis Braille. It was celebrated around the world, including that in France, where a special exhibition was organized in a museum dedicated to Louis Braille. In India, Belgium as well as Italy, special coins were released with the image of Louis Braille.