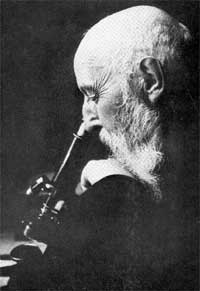 World Leprosy Day is observed internationally on 30th January or the Sunday closest to that date. The main purpose of this festival is to increase public awareness of Leprosy, also known as Hansen's disease. This particular day was actually chosen to commemorate the death of Indian leader, Gandhi, who understood the importance of this disease. Leprosy is one of the oldest diseases recorded in the world. The disease targets the nervous system, especially the nerves in the cooler parts of the human body which include the feet, hands and face.

World Leprosy Day creates awareness that leprosy is in fact curable. This day is meant to help people living with the disease to understand that it is in fact a curable disease and to know that other people care about them. Though the disease has a cure, there are many people living with the disease. Leprosy holds the stigma that it is like HIV/AIDS which is why World Leprosy Day was developed to educated people and removes or weakens the stigma. Typically leprosy is associated with being highly contagious and has disfigurement properties. Once the diagnosis is made a person suffering from leprosy become social pariahs. This is another reason why World Leprosy Day was established.

For more than sixty years, millions of people from all over the world don't realize how horrible leprosy is and the horrendous effects it has on the person diagnosed with the disease. Nowadays, this observance has been marked in over 100 countries. A research study conducted in countries where a leprosy cure is well known indicates that the leprosy stigma still exists. People look at this disease as a curse and the stigma becomes even stronger in countries where people have not been educated about the disease. World Leprosy Day educates those who are ignorant to the diseases and attempts to demolish the stigma associated with it.

This past year, World Leprosy Day focused mainly on the essential needs of the poor as well as marginalized people from different parts of the world. The focus was mainly on people who are affected by leprosy. During World Leprosy Day people come out to show support and care to people suffering from the disease. Social groups are also educated on the important of extending a helping hand to people suffering from the disease. This is the day when people around the world make contributions to raise money for assisting people living with leprosy. Non-governmental organizations and social groups are encouraged to make contributions being one of main fundraisers for assisting people with the disease.

World Leprosy Day is also meant to raise awareness on the need of breaking the poverty cycle all over the world. Leprosy has, for many years, been associated with poverty. To some point, this is true. Many people suffering from the disease have economical problems. World Leprosy Day focuses on poverty eradication especially on people living with leprosy. Many supporters like the Leprosy Mission England provide a springboard to thousands of people suffering from the disease. World Leprosy Day has helped in poverty eradication reaffirming how important this celebration really is.