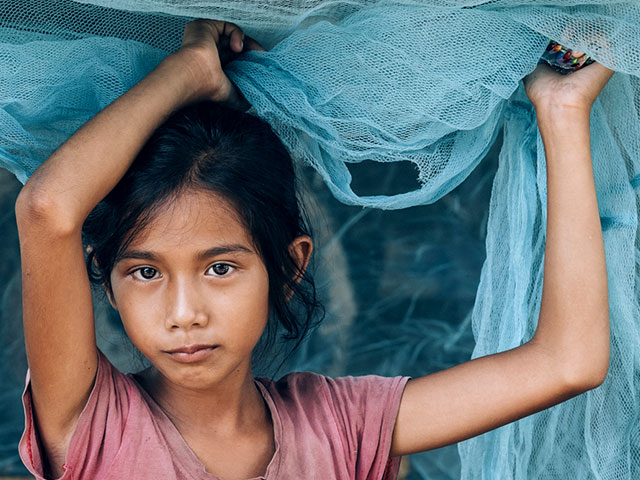 Malaria is a leading killer disease in tropical Africa and East Asia. Millions of children under the age of five years fall victims of this endemic monster. It, therefore, takes the effort of every person to curb and eradicate malaria globally.

Malaria is caused by an obligate parasite named Plasmodium microorganism which is spread by female Anopheles mosquitoes. Scientists are still in the strive of figuring out why the parasite uses this specific species of mosquito as its vector. Usually, the mosquito sucks an infected person's blood and ingests parasites which typically attach themselves to the red blood cells of a human being's blood. If the infected mosquito bites a healthy person, it transfers the malaria parasites into their blood system, therefore, infecting them.

Female Anopheles mosquito is found along the tropical belt where it thrives on the warm and wet climatic conditions. Poor drainage system and lack of education make Africa very vulnerable to these vicious insects. The mosquitoes breed by laying eggs in stagnant water, a common thing in Africa and Asian rice paddies. The eggs later hatch and undergo the four-stage life cycle in 6 days before they are ready to fly. The warm temperature provides a conducive temperature for the development of the insects while the wet tropical climate ensures availability of breeding grounds for them.

The international Malaria Day which is usually marked on the 25th of July every year was established as an effort to combat the world leading killer of children. This particular day was an initiative pioneered by the World Health Organization (WHO). WHO is a wing of the United Nations dedicated to improving the global health standards.

The Day was first observed in 2001 and was known as Africa Malaria Day until 2008 when it was renamed World Malaria Day. The initiative has saved millions of lives since then. The name change was necessary as there was the need to realize that malaria was a global pandemic and not only in Africa. This decision was reached during the 60th session of the World Health Organization.

Malaria affects people in more than 100 countries around the world.

How to Celebrate the International Malaria Day?

There are a lot of ways to mark this important day. Remember if you raise awareness about malaria you can save up to 10 lives.

In case you live in a malaria-affected zone, you can be the initiative driver at the grassroots level. Ensure that you, your family, friends and yourself sleep under a mosquito net, use mosquito repellants and seek medication as soon as symptoms of the disease arise. Keep your environment clear of all the possible breeding ground of the mosquitoes.

Push for the formulation of anti-malaria policies by the politicians and ensure that they are implemented. Be the advocate at your local groups, bearing in mind that the best way to combat malaria is through the dissemination of information to the public.

The non-governmental and governmental organizations take this opportunity to educate the public on possible ways of preventing malaria. They hold rallies, seminars, and workshops where they educate and even train specialists. Community volunteer groups also spend this day fumigating and destroying all the possible mosquito breeding grounds. They share out mosquito nets for free to the disadvantaged communities. If your community has such an initiative, be sure to join in the movement.

The important thing is to use all the available platforms to raise awareness about malaria. People should know how malaria spreads, its symptoms, remedies as well as ways of preventing it. Platforms such as mass media, social media, rallies, religious meetings, and seminars play an essential role in educating the public. The NGOs relies on donations and peoples' goodwill, and you can celebrate this special day by donating to fight malaria.