When is International Left-handers Day in 2023? 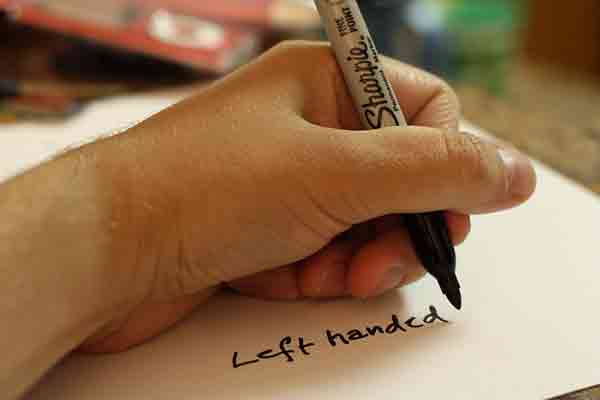 The life of a left-handed person is interestingly a struggle. From wrong credit card swipes, bumping elbows with righties in class to torturous sessions using scissors meant for righties. International Lefthanders Day brings attention to the struggles the Left-Handed individuals go through on a daily basis and the need for the society to recognize their needs. Left-handed people are commonly referred as southpaws or lefties. The holiday, though unofficial is observed on 13th August every year.

The International left-handers day came to raise awareness of the inconveniences left-handers face in a predominantly right-handed world. Interestingly, only 10% of the world population is Left-Handed. Even then, manufacturers and companies have disregarded this minority group by continuously making items that are designed for use by right-handed people.

Why Do We Celebrate Lefthanders Day

The primary purpose of observing International Lefthanders Day is to make it public of the frustrations Left-Handers face while using everyday items designed for use by right-handed people. The day also aims at encouraging governments and businesses to be more Left-Handed friendly by putting the needs of Left-Handers a forefront.

How to Celebrate International Lefthanders Day

If you are Left-Handed, this is the perfect time to be proud of your uniqueness. Raise awareness of the daily struggles you face living in a world designed for right-handers. You can express your views by sharing a Left-Handers day memes using the hashtag #InternationalLefthandersDay or #LefthandersDay.

Hold a simple party and have your friends who are right-handed see how difficult it is for you to use some of the objects they find convenient to use. You can also have them try doing simple daily tasks with their left hand. Like opening tins, ironing, pouring milk in jugs, peeling vegetables, etc. They will surely understand your concerns and those of other lefties altogether.

If you are a rightie, honor this day by attempting to do several tasks using the left hand. For instance, eating, writing, typing or navigating the computer or even cooking; this will make you appreciate the left-handed people around you.

Celebrities Who Are Left-Handed

Even if only about 10% of the global population is left-handed, plenty of celebrities fall into this minority group. Some of them include Bill Gates, Albert Einstein, Barack Obama, George Bush, Oprah Winfrey, Bill Clinton, Paul McCartney, Tom Cruise, Prince William, Bruce Willis, Eminem, Justin Bieber, Julia Roberts, Lady Gaga, John Cena, Angelina Jolie among many others. Famous people who were Left-Handed but dead include, Osama Bin Laden, Isaac Newton, and Benjamin Franklin.

- In the olden days, witches used the left hand to cast spells and curse others by just touching them with this hand.

- Studies have shown that most lefties have a higher IQ

- Most lefties are great at divergent thinking and are drawn to art and musical careers.

Handedness refers to an individual’s preference for the use of a particular hand. Left-handedness hence refers to the preference of using the left hand more dominantly than the right hand.

Writing cannot be used precisely to determine someone’s handedness. This is because, most lefties write with their left hands, but use the right hand to perform other tasks. Taking a Left-Handers test is the best way to determine your correct handedness.

What Makes One Left-Handed?

Another theory suggests that handedness is determined in the womb. A study of fetuses in the uterus as early as the thirteenth week of pregnancy showed babies showcase their preference by sucking either the left or right thumb.

Is there International Righthanders Day?

Interestingly, there is no any special day set aside for the right-handed people. The reason behind this could be because righties are the majority and have very few or no concerns to address.