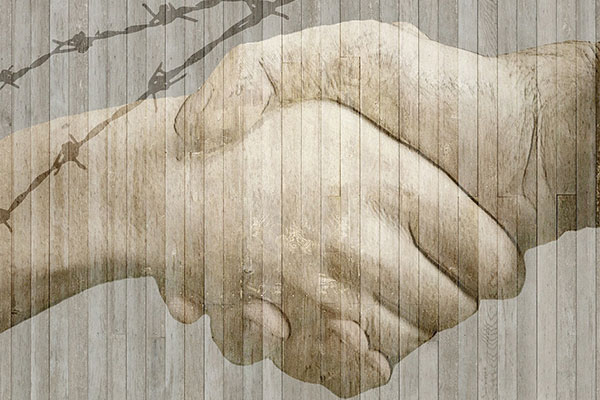 The UN General Assembly launched World Refugee Day in2000. Since then, the holiday has been observed on June 20th every year. This day is however just an observance and not a national holiday. On this day, the world focuses on how to make the lives of refugees better. Refugees flee their homes because of war, terror, and crisis, but this is often the beginning of their difficult journey. They end up living in dangerous camps, and when it comes to time for resettlement, they often have no say in the country they are moved to. Celebrating World Refugee Day is a way to show that you care and support the refugees’ well being.

For many years, countries and organizations across the globe always held World Refugee Day events aimed at supporting refugees and displaced persons. The Roman Catholic Church has celebrated the World Day of Migrants and Refugees every January since 1914 when Pope Pius X constituted it.

The UN General Assembly expressed their solidarity with these celebrations, and on December 4, 2000, they passed resolution 55/76. The Organization of African Unity (OAU) agreed to have the World Refugee Day at the same time as the Africa Refugee Day on 20th June. The UN General assembly then designated June 20th as the World Refugee Day to be observed worldwide. Today, the day is as a way to bring to the world the plight of millions of refugees across the globe.

How Many Refugees Are In The World?

According to the UNHCR records, every two seconds, one person is forcefully displaced. By estimation, there are more than 25.4 million refugees across the world; More than half being children under the age of 18.

All countries that are members of the United Nations celebrate World Refugee Day. Other relevant government and private organizations in other countries also observe this day.

What is the Symbol of World Refugee Day?

The day is incomplete without the UN Refugee Agency’s (UNHCR) logo. The logo is either white on a blue background or blue on white background. The logo has two olive branches which are a symbol of peace. These branches usually surround two hands facing each other, and in the middle, there is a human figure protected by these hands. In most cases, the words UNHCR followed by The UN Refugee Agency are written below the logo.

How to Celebrate World Refugee Day

Besides bringing the attention of the refugees’ plight, World Refugee Day is a time to celebrate the refugees for their bravery and strength. Celebrating them for having left the only life they knew to avoid war and terror. All these men, women and children are vulnerable and have nothing of their possessions. They suffer hunger, cold, trauma, diseases and loss.

On this day, activists engage in various World Refugee Day activities. They protest against migrants and asylum seekers detained in abandoned and isolated places. The activists also pay visits to these people to offer them moral support. Activists usually don’t stop there since they file petitions to the governments complaining about the cruel treatment of these asylum seekers.

Some celebrities are also detrimental to these celebrations. For instance, to mark the World Refugee Day Angelina Jolie has on several occasions delivered compelling speeches to bring the plight of refugees to the limelight.

As an individual, World Refugee Day celebration ideas are unlimited. Your contribution towards the refugees can be felt as you spread awareness by sharing the hashtags #WorldRefugeeDay and #RefugeeStrong across social media platforms. You can also donate clothing, non-perishable food, and household items to an organization that can take the stuff to refugee camps.

If you live near a refugee camp, be friends with them. Consider inviting some of them for lunch or dinner. Introduce them to your neighborhood as this will make their lives at the camps easier.